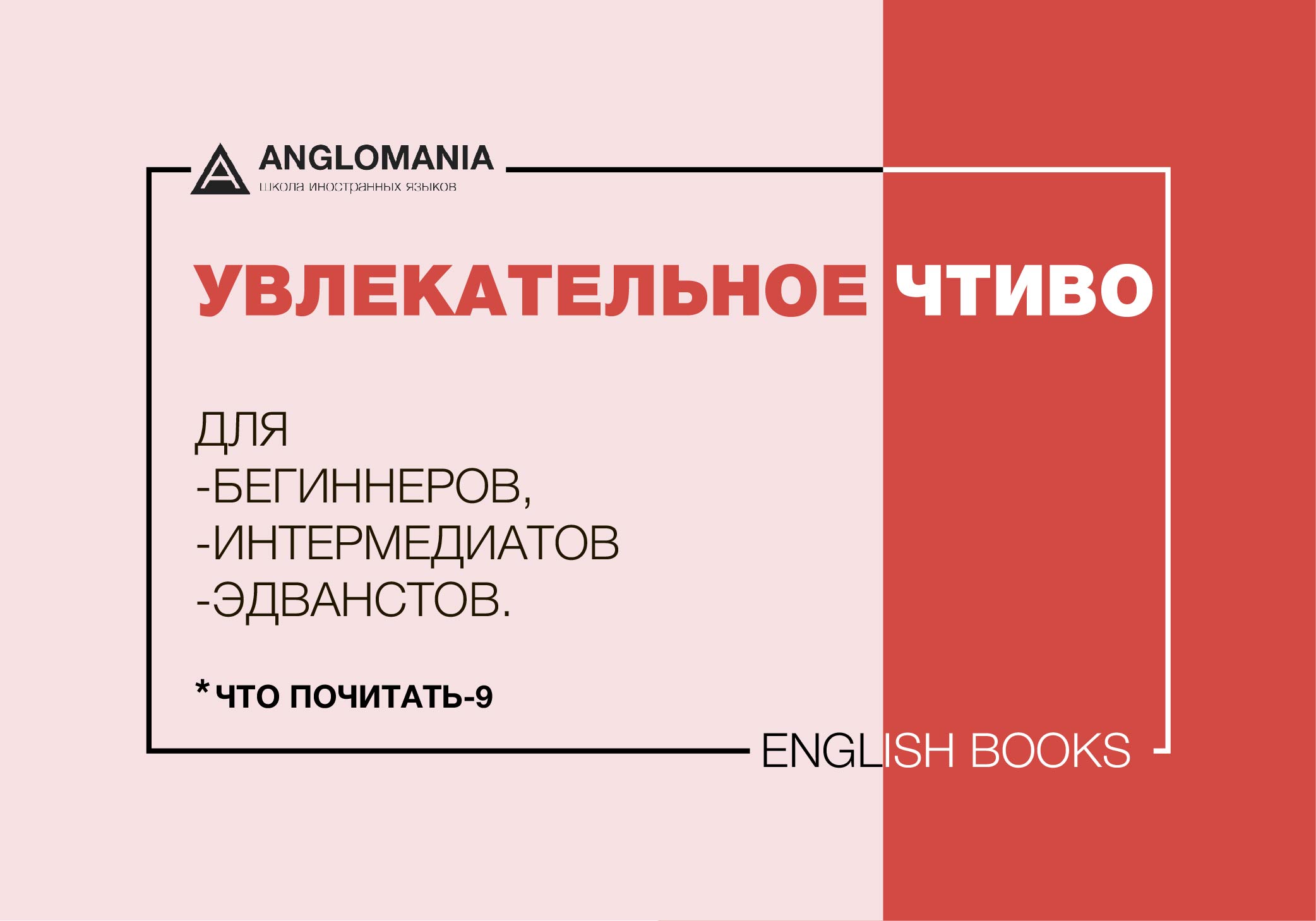 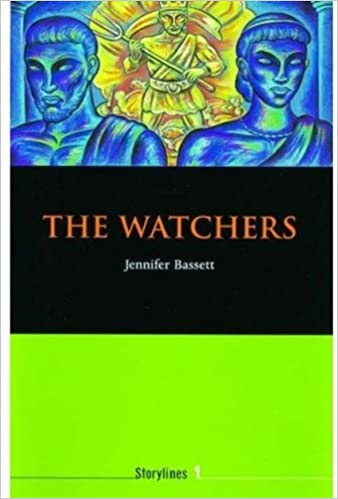 We do not eat, we do not drink, and our eyes never close. Are we dead, or alive? It is not important. We sit, and we wait. And we watch. For 3,000 years. We are the Watchers.

The god is here, too. The god Poseidon, god of the sea, stands here in this hall. We watch his statue. It is gold, all gold. He stands here, five metres tall. His arms are gold, his hair is gold, his face is gold. And his gold eyes shine in this dark hall.

We are his Watchers.

In the caves under the famous Palace of Knossos in Crete, the watchers sit. They watch the gold statue of Poseidon, god of the sea. Jim and Stella, an English brother and sister on holiday on Crete, and Nikos, their Cretan friend, go into the caves. But the watchers are waiting for them…

Jim and Stella, his sister, are on holiday in Greece. They are staying at a hotel in Iraklion, on Crete.

They are talking to their friend, Nikos. Nikos is a Cretan and lives near the Palace of Knossos.

Stella: What are we going to do tomorrow? Can we go to Knossos?

Jim: Nikos! Stella! Look at this. It's about Knossos. It's very interesting.

Iraklion, Crete Under the famous Palace of Knossos there are many caves.

Next week Yannis Papadakis is going to…

Jim: We're going to find these caves, Stella! Are you coming with us, Nikos?

Nikos: Yes, yes, I'm coming with you. You can stay with me at my mother's house near Knossos.

Jim: Good. We're going to need a lot of things. Lights. And food and water. And we need...

Nikos: Yes, but it's OK. I can get everything.

Stella: Jim, the caves are dangerous.

Jim: Yes, but Nikos knows a lot about caves.

Nikos: Yes, I do. And I know the Palace of Knossos very well. Don't forget… I work there!

Stella: But do you know these caves under Knossos?

Nikos: No, I don't. But we're going to be careful. 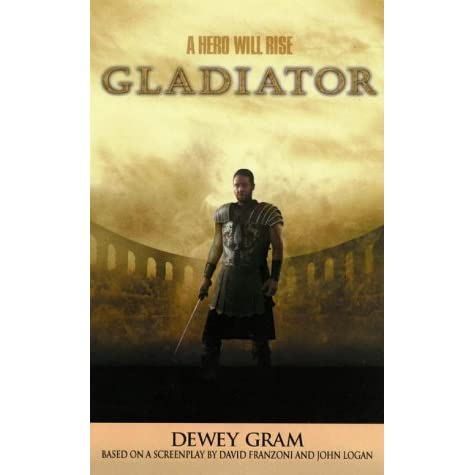 General Maximus is admired by his men and by the Emperor Marcus Aurelius. But when the Emperor's son murders his way to the throne, Maximus goes into exile. He is captured by slave traders and forced to fight as a gladiator. When the Emperor arranges a gladiator spectacle, Maximus' chance for revenge has come.

The man walked through the sun-warmed Spanish field, his hand touching the wheat. He looked past apple trees to a farmhouse. He heard a child laughing somewhere near. A bird flew onto the branch of a tree close to him and they looked at each other. The man smiled.

Suddenly, the sound of shouts and horses frightened the bird and it flew up into the air. The noise broke through the man's daydream and he came back to the real world with a crash. He was not dressed in farmer's clothes, as he had imagined, but in the proud armor of the Roman army. The field was burnt and muddy from battle, without a green leaf on it.

Beyond the tree line ahead, somewhere in the forest, the German armies were preparing to attack again. The man knew that behind him an enormous army waited. The Roman army, 40,000 men, his army. Maximus the farmer was Maximus the Commanding General of the Army of the North for one more battle. One last battle, and then he could go home to Spain.

He turned his horse and rode back to his men. Thirty-year-old Maximus was a great general-a man they could trust. He moved among them, checking that they were ready for battle. He looked back frequently to the line of trees.

Some of his officers were warming themselves around a fire, and Maximus joined them.

"Still nothing?" he asked Quintus, his second-in-command.

Quintus shook his head. "He's been gone for almost two hours," he said. "Why are they taking so long? They only have to say yes or no." 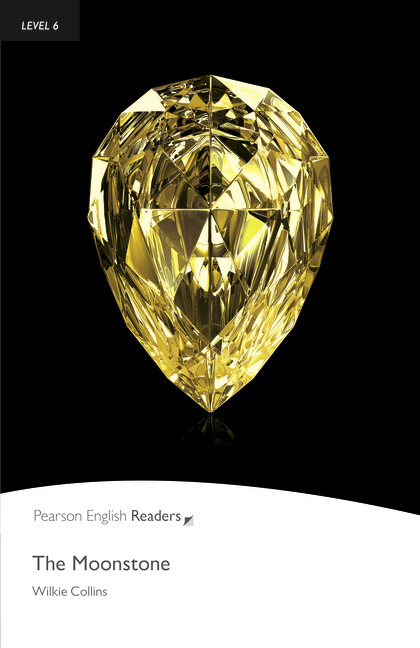 What the book’s about:

This is considered to be the first detective novel. It has an interesting structure: five witnesses in turn to tell their version of the events.

The unusual story takes place in England in the 19th century. Colonel Herncastle served in India and stole a diamond from the statue of an Indian god. The legend says that three priests guard the diamond and follow it wherever it goes. So nobody can own it without getting into trouble. In his will Colonel Herncastle left the diamond to his niece Rachel. She receives it on her birthday. But the following day the diamond is gone. All the people who visited her house the night before are suspects now. But Rachel conducts herself in a strange way. What if she knows some terrible secret about the loss of the diamond?

I was nearly asleep again when Nancy, the kitchen maid, rushed out, bumping into my chair. 'I'm sorry sir,' she said, 'But Rosanna's late for dinner again. She fainted again this morning, and asked to go out for some air. She'll be at the Shivering Sand, no doubt.' I had a kind of pity for Rosanna so I decided to fetch her myself.

Four months before, in London, my lady had visited a home for women who had just been released from prison. She met Rosanna Spearman, who had been a thief, an extremely plain-looking girl with a deformed shoulder. The Director recommended her, saying she deserved a second chance. A week later, she began as our second housemaid.

Only my lady, Miss Rachel and I knew about her past, and Rosanna was grateful for our trust in her. She was hard-working and polite, but the servants didn't like her silent, lonely ways. They thought she thought she was superior to them.

Our house is near the sea, with beautiful walks in all directions. But a quarter of a mile away is an ugly, lonely little bay that has the most horrible quicksand's. When the tide turns, something happens down under the surface. The whole face of the quicksand begins to tremble. No boat ever comes into that bay - even the birds seem to avoid it. Yet it was Rosanna's favourite place.

When I arrived, I saw her sitting in the grey coat she wore to hide her shoulder, looking out to sea. She was crying. I gave her my handkerchief, sat down beside her, and asked her what was wrong. 'It's my past, sir,' she said, drying her eyes. 'You must forget all that,' I said. She took my hand and squeezed it. 'Why do you like this miserable place?' I asked. 'A strange kind of magic seems to pull me here,' she replied. 'Sometimes I think my grave is waiting for me here. ' She put her hand on my shoulder. 'Dear Mr Betteredge, I'm trying to deserve your trust, but sometimes I feel there's no future for me here.' She pointed at the quicksand. 'Look!' she said. The tide was turning. The whole face of the sands was beginning to tremble. 'Isn't it wonderful? Isn't it terrible?' she cried. 'Throw a stone in, sir. Watch the sand suck it down!'